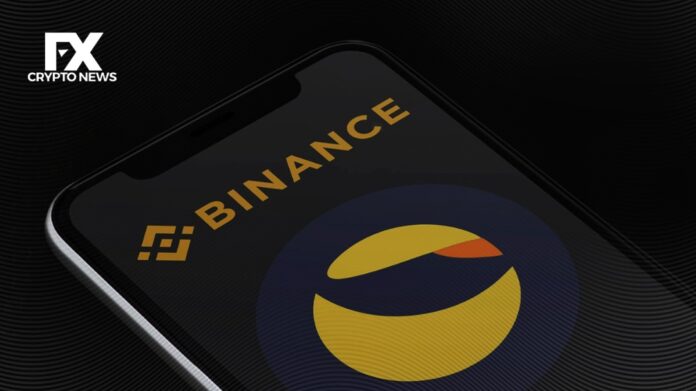 The LUNC project has received continuing support from the Terra Classic community members. The largest cryptocurrency exchange in the world, Binance, has declared LUNC the winner of its Community Showdown competition.

In order to find out which cryptocurrency project receives the most support on Twitter, Binance organized the Community Showdown competition. The top cryptocurrency exchange encouraged members of other cryptocurrency communities to enter the competition by tweeting, posting, or retweeting the Binance hashtag along with their preferred cryptocurrency ticker.

Following the completion of the competition, Binance published a list of the top cryptocurrencies receiving the most Twitter support. Interestingly, #BinanceLUNC won the competition after receiving 36,000 total hashtag mentions.

Binance, in an announcement, said:

“A few weeks ago we invited crypto communities to show their strength in support of their favorite projects, and the support was impressive! Now, let’s meet the top 3 projects, voted by you. #BinanceLUNC finished 1st with 36,000 hashtag mentions!”

In the Contest, LUNC Beats Bitcoin and eCash

Additionally, eCash (#BinanceXEC) came in third after receiving 6,900 mentions, while Bitcoin (#BinanceBTC) was placed second with a total of 17,600 mentions.

Notably, LUNC accomplished this less than a month after coming in second place to Bitcoin in the same contest. With 12,800 mentions at the time, Bitcoin held the top spot, followed by LUNC with 3,500 mentions.

The progression demonstrates how supportive Terra Classic participants are of the blockchain initiative. Remember that Terra Classic switched to a community-driven network following the cryptocurrency’s disastrous collapse in May.

The Terra Classic community members have worked together to find solutions to resurrect the project since the incident. Based on the number of mentions the cryptocurrency earned in the poll, the just-finished Binance contest might increase LUNC’s mainstream popularity.

The amount of LUNC cryptocurrency has exploded recently, placing it in the top 10 coins by volume on KuCoin and Binance. The asset’s volume has increased, which means that more LUNC tokens will be incinerated in the ongoing effort to reduce the coin’s supply in circulation.

@LunaBurn 13, a Twitter account that monitors Terra Classic fires, reports 28.36B LUNC tokens have been burned. In the last few months, the LUNC community has staked 893.05 billion tokens, giving it a circulation quantity of 5.98 billion.