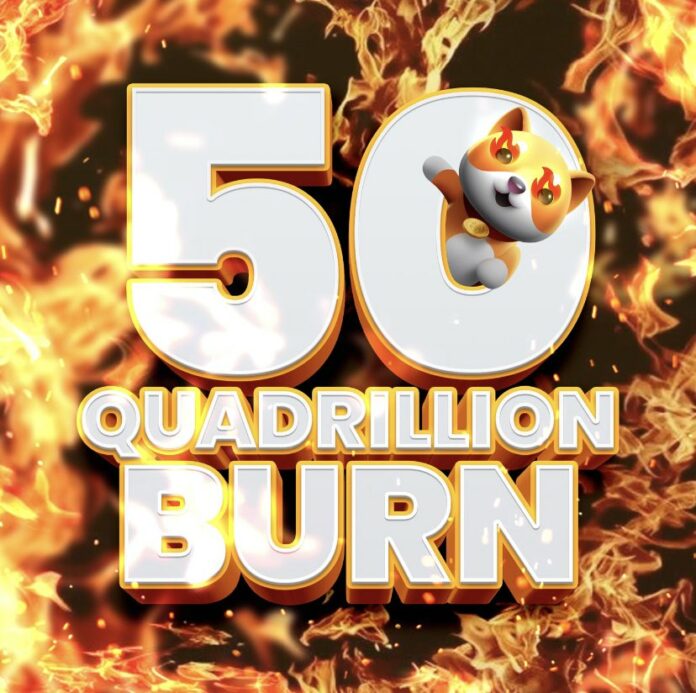 Baby Doge, the third biggest memecoin, is looking to get rid of 50 quadrillion tokens from its supply on the Ethereum chain in one significant transaction on July 1st, 2022.

The Baby Doge community drove this burning initiative when they voted overwhelmingly in favour of burning 50 quadrillion coins at a go to mark its first birthday on June 2nd.

Initially, the Baby Doge team marked the anniversary by burning 3 quadrillion BabyDoge tokens worth $5,100,000 ($5.10M) in one significant transaction. The team also launched its first-ever community proposal, “Burn 50 Quadrillion on ETH”, which ended on June 28th, 2022.

The proposal saw the team offering the community an opportunity through a vote to organise a Mega Burn Event of 50 quadrillion tokens. As a result, the community voted in favour of burning 50 Quadrillion BabyDoge in one go.

Related: How to Swap Baby Doge Coin on Trust Wallet In 2022

The top memecoin currently has a total supply of 115.11 Quadrillion in circulation, according to CoinMarketCap.

Since the start of 2022, Baby Doge has been burning quadrillion tokens every month, but burning 50 quadrillion coins in one go would be the first and monumental event for the dog-themed coin community.

Nevertheless, the memecoin community has sent a total of 24 quadrillion tokens worth over $66.2 million to the dead wallet in six months.