A couple just got married on the Ethereum blockchain (ETH) 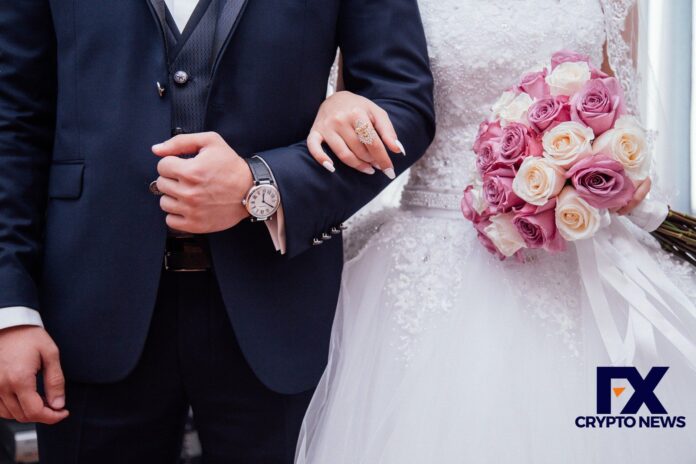 Getting married on the blockchain, a new trend to prove that your love is unalterable? A California couple recently got married on the Ethereum (ETH) blockchain paving the way for a new possibility using smart contracts.

First of all, it should be noted that the two spouses are employed within the Coinbase exchange platform, as much to say that they already know a lot about blockchain technology. Rebbeca Rose and Peter Kacherginsky are still among the first to get married on the blockchain, as they announced on Twitter:

How to get married on the blockchain?

To do this, Peter Kacherginsky wrote a smart contract called “Tabaat” (Hebrew ring), which allows rings to be issued in the form of non-fungible tokens (NFT).

They were accompanied by an animated image created by artist Carl Johan Hasselrot. These NFTs were then transferred during the ceremony and validated in 4 minutes. In total, the creation of the smart contract and the transfers to the spouses cost $ 537.

The use of the blockchain makes it possible to register the commitment of the two spouses in an unalterable way, according to Rebecca Rose:”Unlike physical objects, blockchain lasts forever. It is unstoppable, impossible to censor, and does not require permission from anyone. This is also what love should be. What could be more romantic than that? “

One of the goals of smart contracts is to digitize the contracts commonly used by society. So it makes sense that this extends to marriage contracts. We will likely see an influx of lovers saying yes, thanks to contracts written on the blockchain.