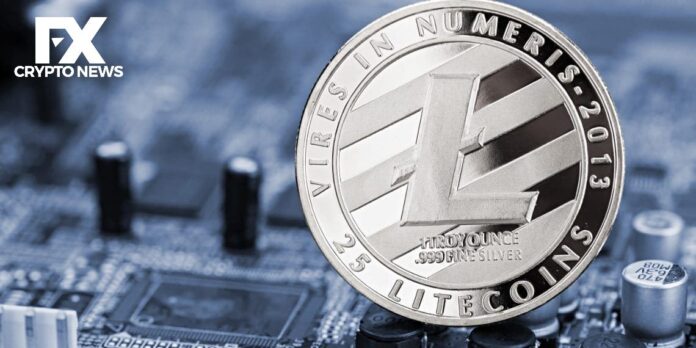 Litecoin is open-source software and peer-to-peer cryptocurrency launched in October 2011 by Charlie Lee, a former Google employee but now an engineer with Coinbase.

Litecoin was created using the source codebase of Bitcoin Core client with differences in the block generation time of 2.5 minutes while that of Bitcoin was 10 minutes. There was also an increase in the number of coins that can be mined and circulated, and it also uses scrypt as a proof of work that CPUs of consumer-grade can decode.

Litecoin is the third-largest cryptocurrency after Bitcoin and Ethereum, and it is also referred to as the digital silver next to Bitcoin (digital gold).

Litecoins are created through the process of mining like Bitcoin. Every 2.5 minutes, a new block (a ledger containing a list of transactions) is generated by the litecoin network, and the first miner to verify a block is rewarded with litecoins.

When litecoin was launched, the block reward was 50 litecoin, but the value gradually reduces over time (approximately every four years. In October 2015, it halved to 25 litecoin, and the block reward presently stands at 12.5 litecoin till 2023, when it will be halved again. Litecoin has a limited supply of 84 million Litecoin no more and no less.

While the mining of other cryptocurrencies requires the use of powerful computers and hardware, Litecoin can be mined with any ordinary computer, but it does not change the fact that the stronger the machine used for mining, the higher your chance of verifying a block first.

Differences Between Litecoin AND Bitcoin

How To Buy Litecoin