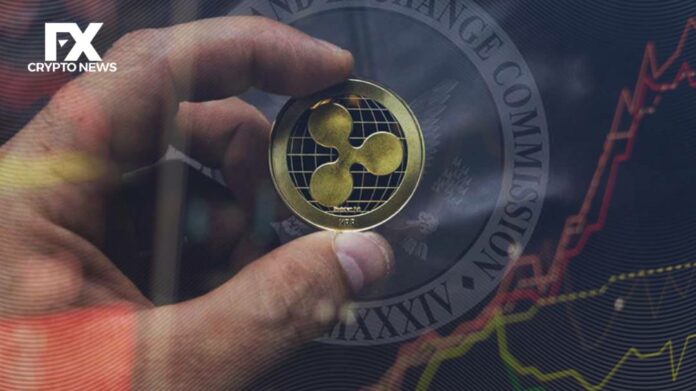 Data provided by Whale Alert indicates that Ripple placed a staggering 1.2 billion XRP in escrow. The primary distinguishing feature is that this month, Ripple released 0 XRP before locking them.

Three different transactions were used to lock the 1.2 billion tokens. 500 million XRP, worth $230.36 million, were held in the Ripple Escrow Wallet for the initial transaction.

Whale Alert then saw the blockchain company lock back a further 200 million XRP in its escrow wallet a minute later.

Last but not least, an anonymous address sent 500 million XRP ($230.36 million) to the Ripple Escrow wallet.

In Contrast to Previous Pransactions

The latest transactions stand in stark contrast to Ripple’s monthly XRP release. Before putting some XRP back in escrow, Ripple has released at least 1 billion units of the XRP in recent months.

The blockchain company locks some quantities of XRP back into its escrow wallet using the newly released tokens. For instance, the blockchain business typically locks back 800 million units of the tokens in escrow when Ripple releases 1 billion XRP at the beginning of each month.

The initiative known as Ripple’s token unlock programme was launched in 2007. To raise the price of the token at the time, Ripple placed 55% of the entire supply of XRP in escrow. The tech company from Silicon Valley promised to release 1 billion units from escrow every month.

The act aided in XRP’s significant increase, which led to an all-time high of $3.4 in January 2018. The blockchain company believed it was crucial to decrease the amount of XRP it sends back into circulation to prevent the token’s price from falling even further after the SEC charged Ripple for breaking U.S. securities law through its 2013 Initial Coin Offering.

This means that each time Ripple releases one billion XRP, it holds up at least 800 million tokens, while the 200 million XRP currencies are used to cover the costs of running the business. Ripple did not provide the regular 1 billion XRP this month, in contrast to past months. Instead, 1.2 billion XRP were massively escrow-locked.

According to report, Ripple revealed that its XRP holdings are currently less than 50% of the supply for the first time in its ten-year history in its Quarter 3 report.

According to the Q3 report, Ripple bought more XRP while concurrently selling around $100 million less XRP than it did in Q2. According to the data, Ripple’s net XRP sales in Q3 were only $310 million as opposed to more than $408 million in Q2. In the meantime, Q3’s overall acquisitions increased from Q2’s $1.7 billion to nearly $2.5 billion.

Ripple Escrow issued one billion XRP per month in Q3, for a total of three billion in the third quarter. Ripple locked 2.1 billion of the 3 billion XRP that were transferred into fresh escrow contracts.

Whale Alert reported that 300 million XRP, or $138.56 million, were transferred from an unidentified wallet to Ripple’s address.

Additionally, Whale Alert monitored the transfer of 30,000,000 XRP ($13.8 million) from an unidentified wallet to a Bitso exchange address.

60 million XRP tokens were also deposited to a Bitstamp address by an unknown whale.