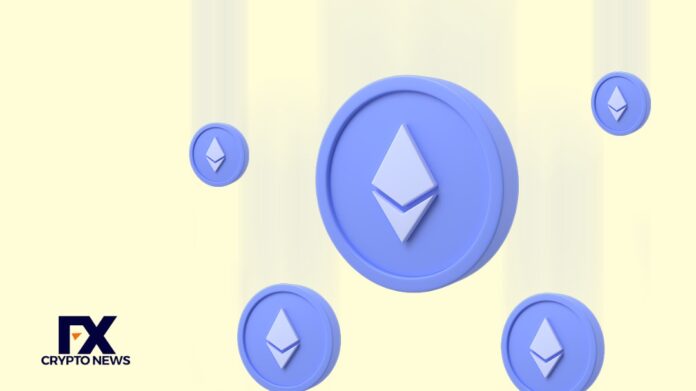 The total ETH locked in the Ethereum 2.0 deposit contract has reached 13.34 million.

With the mainnet Merge of Ethereum approaching, the amount of ETH locked in the Ethereum 2.0 staking contract has reached a new high.

The total number of ETH deposited in the Ethereum 2.0 staking contract reached a new all-time high of 13,340,584 (13.34 million) ETH, according to OKLink data. The assets were worth $21.3 billion at the time of writing.

Since the beginning of this month, the number of ETH staked in the contract has continued to rise as Ethereum approaches the long-awaited Merge upgrade.

According to OKLink data, nearly 36,000 ETHs have been added weekly since August, bringing the total number of coins staked this month to 153,000 ETH, equivalent to $244.34 million at the current exchange rate.

Notably, the increasing number of depositors and ETH balances indicate that investors are bullish on Ethereum and have high hopes for the project. Furthermore there’s been a surge in the number of those investing in crypto in recent weeks.

Remember that the ETH 2.0 staking contract was launched in November 2020, and the number of Ethereum coins deposited has been rapidly increasing since then.

Glassnode, a cryptocurrency data analytics provider, reported last month that Lido, a non-custodial liquid staking protocol for Solana, has the most ETH staked. Lido’s staked ETH accounts for 31.8% of the total amount locked, according to Glassnode.

Meanwhile, Ethereum is getting closer to switching from a Proof-of-Work (PoW) consensus algorithm to a Proof-of-Stake (PoS) algorithm in an upgrade known as The Merge.

According to Terrence Tsao, an Ethereum protocol developer, The Merge could happen before September 19, 2022. However, Tsao cautioned that the date could be changed at the last minute due to unforeseen circumstances.